Written by Joseph Doumit
Updated over a week ago

The actions you can take on shipments are limited to:

When you mark shipments for planning you are notifying the real-time routing engine about these shipments and you’ll be able to view optimal plans before dispatching.

When you unplan shipments you are removing them from your current planning scenario, and you won’t be able to view how the engine is optimally finding the best driver to perform the shipment.

To assign shipments to drivers in the most optimal way, click on the [Plan Shipments] on the left hand of the screen.

You will be redirected to the planning page where you can find the list of shipments that are marked as planning, optimally distributed to your available agents.

From these shipments there might be some that are unplanned with reasons, example of reasons could be that the shipments are outside the agents’ coverage area, or the plan exceeds the agents’ shift times, or agents do not have the required skills, etc

You can override the unplanned shipments by manually choosing an agent to assign to. 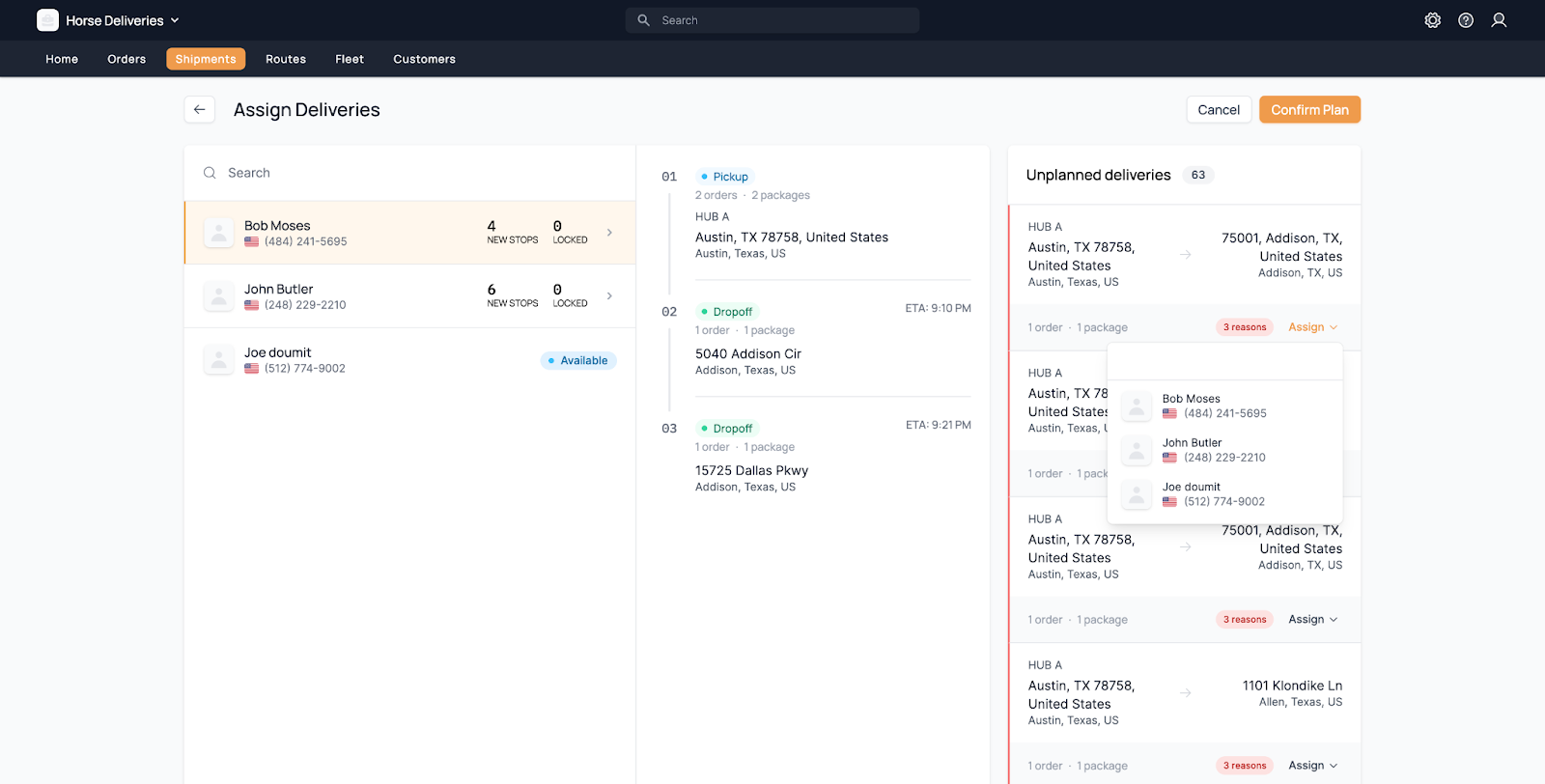 After, you click on [Confirm Plan], you will dispatch the shipments to the appropriate agents which would allow them to start taking actions on the shipments via the agent app. 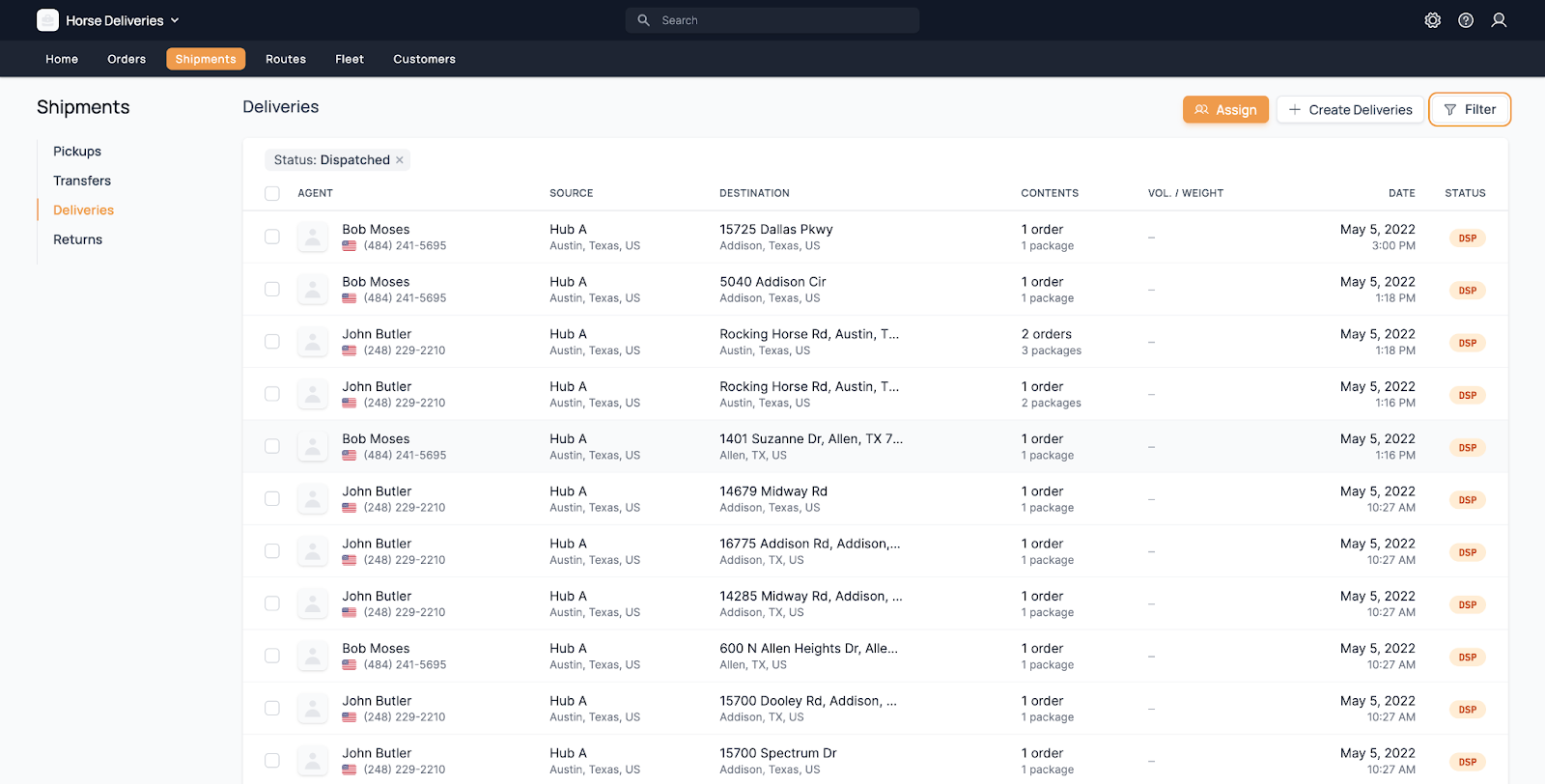 To unassign shipments, first visit the shipments page (https://app.fleetrunnr.com/shipments/deliveries) and start by selecting the list of shipments you want unassigned ( use filters to select shipments in bulk ).

After that, click on the [Unassign] button, you will also receive a notification if some shipments could not be unassigned along with the reason.

When shipments are dropped off at one of your locations, the warehouse agent must scan the packages to indicate they have been received successfully. You will also need to receive shipments if they are marked as failed, after receiving them you will be able to create re-attempts or return shipments.

To receive orders you can do it either by scanning barcodes on packages using the warehouse app, or by selecting the shipments from the shipments page, then clicking on [Receive Packages].

To cancel shipments, first visit the shipments page and start by selecting the list of shipments you want canceled ( use filters to select shipments in bulk ).

After that, click on the [Cancel] button, you will also receive a notification if some shipments could not be canceled along with the reason.

By clicking on any shipment you enter the single view page which provides you with shipment details such as:

Did this answer your question?